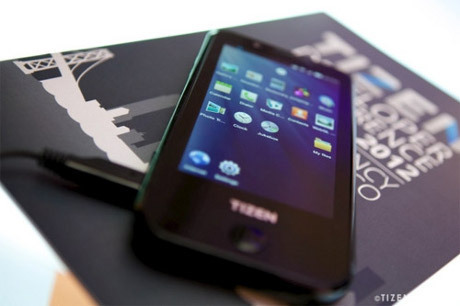 Although reportedly delayed the development of Tizen OS, Samsung is still determined to release a Tizen based smartphone. Several times the estimated launch delayed, says Samsung Tizen the latest information will be released before the end of the year. Samsung has yet to officially confirm the time of the launch of the smartphone OS’s homemade. However, the leaked report which looks at the page about the project Samsung Tizen outstanding, almost close to the truth.

In the report page, there is one comment that the name of telecom operators, namely NTT DoCoMo. Japanese operator is believed to have entered the SGH-N055 which is the code of the phone Tizen, in the plan. In the comment section that addresses a number of bugs, one user called the SGH-N055 DoCoMo version, does not have a bug that is being discussed. That is, this phone has been tested by a third party.

But of course, as quoted from Ubergizmo, Wednesday (08/14/2013), this certainty will only be known at the launch later. Predict the number of gadget enthusiasts, Samsung’s developer conference will be used to introduce these new products.

The current launch is most likely selected Samsung is November or December. So far, there is no detailed information about the Tizen smartphone. Both specifications and appearance of the phone such can not be known.

Samsung developed with Intel’s Tizen. Based on Linux, the Linux Foundation’s Tizen promoted as an alternative to the Android platform. Tizen itself is a development of the MeeGo platform first developed by Nokia together with Intel and LiMo.