But like ROM CyanogenMod previous versions, gradually all Android devices that have been supported by CyanogenMod will also be able to taste it. END_OF_DOCUMENT_TOKEN_TO_BE_REPLACED 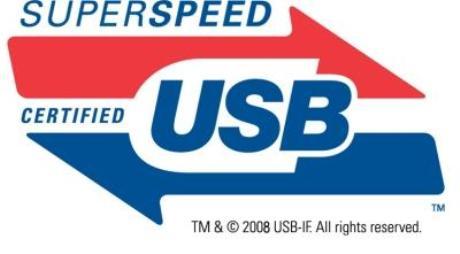 This means, it only took about 8 seconds to copy a file size of 10 GB. Surely the speed can be achieved by plugging a device that also supports USB 3.1 standard.

In addition, USB Promote Group was not immune to pin compatibility support for previous versions of USB devices. But of course, limited to the supports transfer speeds up to 5 Gbps for USB 3.0 and 480 Mbps for USB 2.0.

Along the way, HTC never sell a 7-inch tablet and a 10-inch Android-based named Flyer and Jestream. But in fact failed. Now they try their luck again in the tablet market.

It’s not the Taiwanese vendors are putting it, but from the research institute NPD DisplaySearch. According to them, HTC is currently working on a tablet with the embedded operating system Windows 8 Pro or Windows RT.

But it is not known, whether the tablet Windows 8 will carry the stylus as that of the two previous versions.

Some have claimed that the HTC tablet with Windows 8 will soon be done by Pegatron in the near future. Although both HTC and Microsoft are equally reluctant to talk about the speculation.

The latest update of Windows Phone was previously known code name Tango, officially called the 7.5 Refresh. This operating system offers several improvements from previous versions. It is presented directly by Stefania Duico, Head of the Division of Windows Phone in Italy. As quoted from phonearena, Wednesday (14/03/2012).

If you view a brief history of Windows Phone, the operating system does have a variety of unique code name. Metro for Windows Phone first, Refresh to 7.5, and the alleged Apollo 8 is a Windows Phone. Refresh Windows Phone 7.5 offers several improvements from the previous generation, such as the need for smaller systems. If Mango can only be used on the phone with 512 MB ??of memory, Refresh only need 256 MB.

The latest update also try to fix some rumors that the contact list management is sometimes difficult to access, and this operating system will open the gates for lower-priced line of Windows phones. Such as the Nokia 610.