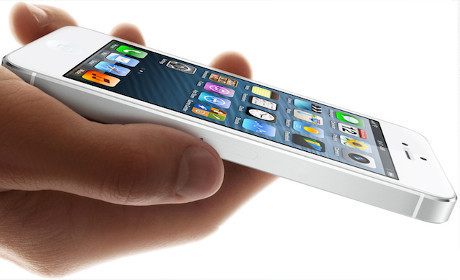 Apple has just patented a new security feature. With this patent, the iPhone can intelligently detect the best way to contact someone.

Confusing? So in essence, the iPhone will use GPS and accelerometer to know was where you are, and what you are doing. Furthermore, this feature will react when someone contacted you.

For example, when you are driving a car and someone calls. GPS and accelerometer will detect you at high speed. Well, this feature then sends a message to the person who contacted, informing him that he should be contacted via SMS rather than calling.

Reported by Tech Radar, Wednesday (01/05/2013), the user can also set its own rules, such as ‘do not take calls while in the cinema’. This is to make sure no one bothers you when the kids were watching.

This patent Apple first registered in 2008. If the company’s Cupertino, California, United States has been expanding since then, it could be the security functions will be presented on the iPhone.

Computers are always struggling with the Internet requires a high level of security. Moreover, the current threats are scattered not just the virus alone. Therefore, complete protection is absolutely necessary. For a computer like that, perananan antivirus application is not enough. Users still need additional security.

Judging from the interface and several features, NIS 2012 is similar to previous versions such as NIS 2011 and 2010. Display and function relatively the same but with some new features. So for those of you who’ve used previous versions, you will feel familiar with NIS 2012.

In terms of reform, NIS 2012 offers several new features among which are the Control Center display a customizable, bandwidth management, identify alerts that moved to the Norton toolbar so as not to interfere with your computing activities, and of course updates from the side of better security.

END_OF_DOCUMENT_TOKEN_TO_BE_REPLACED

Xperia Android-based Arc Gingerbread sold with a retail price of Rp 5.5 million. Enthusiasts can do the pre order since 16 March to 8 April through Sony Ericsson Shop Flaghship Store in Senayan City, Jakarta.

“Sony Ericsson is now indeed the focus to Android. And this Xperia Android has an advantage over its competitors such as attractive design and user interface that is easy to use,” said Head of Marketing Djunaidi SE Satria Indonesia at Senayan City.

Sales pre order the Arc Xperia Sony Ericsson’s flagship phone this year, along with free bonuses flash Telkomsel’s packet data for six months. In addition there are special discounts for customers of the bank BNI.

In addition to screen-based Reality Display Mobile Bravia, technology commonly found on Sony television, the other mainstay of this phone is the sensor Exmor R. That feature is claimed to create a powerful 8-megapixel camera takes good pictures in low light conditions.

Twitter users can now use the HTTPS protocol when accessing Twitter. Twitter This option is given to users to enhance their security when surfing on the microblogging site.

Previously, Twitter has been offering secure version of its site with the address https: / / twitter.com. However, users can now request to add security features that by adjusting the ‘setting’.

“This will increase the security of your account and provide better protection to all your information when using Twitter in an insecure Internet connection, for example using a public WiFi network. Here, the activity of internet users are very vulnerable ‘staked out’,” explained Manager of Communication Twitter, Carolyn Penner’s blog Twitter.

Mentioned Penner, Twitter hope for the future HTTPS can be the default setting. Why not start from now? Penner did not explain about that. END_OF_DOCUMENT_TOKEN_TO_BE_REPLACED