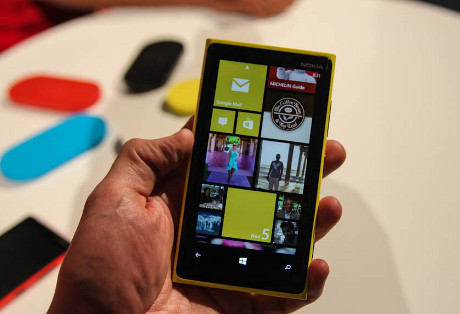 Carriers AT & T in the United States has to make sure the phone will start selling Windows Phone 8 champ Nokia, Lumia 920, on 9 November 2012. Then what about Indonesia?

According to Martin Chirotarrab, President Director of Nokia Indonesia, today it still has no definite date about the launch Lumia 920 and 820 in the country. Including the matter of the sale price.

“Of course it worth waiting for the world’s most innovative smartphone Nokia Lumia 920/820. Wait updates from us soon!” he said.

While Lumia 820 ‘priced’ aka just USD 50 to USD 500 thousand. Equally, there is a two-year service contract in tow.